The Roman poet Publius Ovidius Naso, shortened to Ovid, was born in Sulmo, today's Sulmona, near Rome on March 20, 43 BC. He stemmed from rural Italian nobility and grew up in wealthy circumstances, being taught rhetoric by the most respected teachers. Following his father's wishes, Ovid initially entered a career in public service, which he interrupted to turn to poetry.
At that time he was unable to earn a living from poetry and found a benefactor in his patron Messalla Corvinus. In poetry circles Ovid met Sextu Propertius, they became friends and he published his first poems. In the foreground of his work was the topic of love and he wrote numerous pieces including "Amores", "Ars amatoria" and "Remedia amoris'.
Ovid furthermore became famous for his stories of metamorphoses in the mythological world ("Metamorphoses") and fictitious letters of mythological heroines ("Heroides"). In 8 AD Ovid was banned to Tomis, today's Constanta on the Black Sea by an imperial edict without any court process. There are still only speculations regarding the reasons behind the ban.
In his seclusion he produced dirges, poetry of yearning for Rome. Ovid sang about the northern winter and the charm of the Barbarians. His song of praise about Augustus and Tiberius was not rewarded with the desired pardon.
Ovid is thought to have died in or after 17 AD in exile in Tomis. 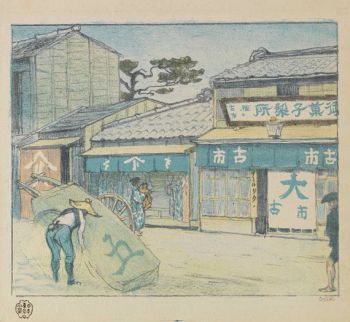 Would you like to sell a work by Publius Ovidius Naso?